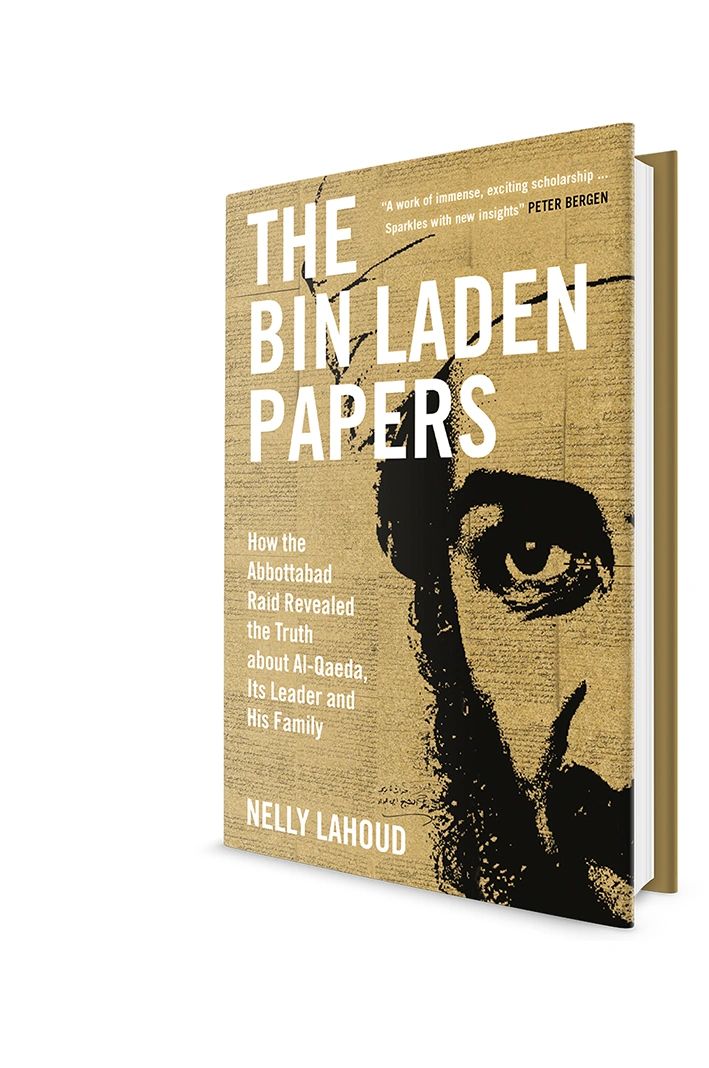 The Bin Laden Papers on 60 Minutes

Usama Bin Laden’s greatest fear was not capture or death, but the exposure of al-Qaeda’s secrets. At great risk to themselves and the entire mission, the U.S. Special Operations Forces, who carried out the Abbottabad raid that killed Bin Laden, took an additional eighteen minutes to collect Bin Laden’s hard drives and thereby expose al-Qaeda’s secrets.   In this ground-breaking book, Nelly Lahoud dives into Bin Laden’s files and meticulously distills the nearly 6,000 pages of Arabic private communications. For the first time, al-Qaeda’s closely guarded secrets are laid bare, shattering misconceptions and revealing how and what Bin Laden communicated with his associates, his plans for future attacks, and al-Qaeda’s hostility toward countries such as Saudi Arabia, Iran, and Pakistan. Lahoud presents firsthand accounts of al-Qaeda from 9/11 until the elimination of Bin Laden, as told through his own words and those of his family and closest associates.

“The Bin Laden Papers is a work of immense, exciting scholarship, and it sparkles with new insights about bin Laden and his al-Qaeda network. Crisply written by Nelly Lahoud, it is one of the most important histories of the war on terror.”

Peter Bergen, author of The Rise and Fall of Osama bin Laden

“A masterful analysis and riveting story. As though finally cleaning a window obscured by years of grime, Nelly Lahoud’s The Bin Laden Papers clarifies a man and his movement that confused and confounded much of the world for decades.”

“Terrorist expert Nelly Lahoud reveals the hidden history of Al Qaeda in the aftermath of the 9/11 attacks. The Bin Laden Papers paints a portrait of an ambitious and dedicated terrorist leader who is often out of touch with reality and unable to control the movement he helped spawn.”

Daniel Byman, author of Road Warriors: Foreign Fighters in the Armies of Jihad

“Nelly Lahoud’s consummate analysis of 6,000 al-Qaeda documents is a prodigious and indispensable achievement. Deploying clinical understanding of political, religious, and family contexts, she provides a riveting inside account, the fullest likely ever to emerge, of the thoughts and motivations of a man and movement that have so malignly impacted our era.”

James Piscatori, co-author of Islam Beyond Borders: The Umma in World Politics

“A singular achievement that stands as the definitive and original account of the trajectory of al-Qaeda from 2001 to the death of Bin Laden.  This clearly presented analysis draws on the author’s unique expertise to correct the record of Bin Laden and international terrorism post 9/11.”

“The Bin Laden Papers is an outstanding piece of work. Meticulously researched and presented in a captivating narrative, the book shines new light on al-Qaeda after 2001 and delivers surprising conclusions that challenge the very foundation of the War on Terror.”

“Jam-packed with invaluable new insights into the evolution of the world’s most enduring jihadi terror movement and the men and women at its heart, this is the most gripping book I’ve read on Al-Qaeda in a decade. Gold-dust!”

"A monumental achievement. This is the most important book about al-Qaida since Lawrence Wright's The Looming Tower."

Thomas Hegghammer, author of The Caravan: Abdallah Azzam and the Rise of Global Jihad